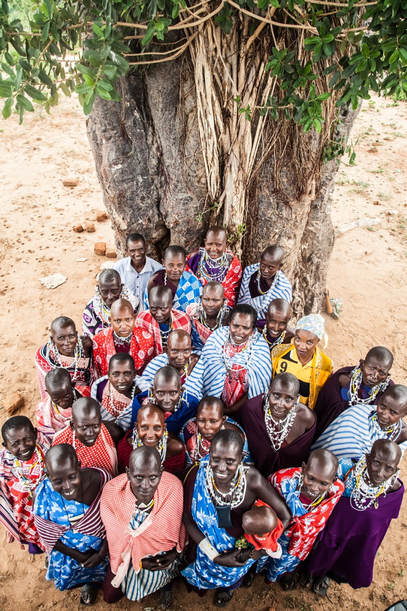 Women of the Ngabolo WRLF
Nauto Hula, Chair of the Ngabolo Women’s Rights and Leadership Forum (WRLF) in Kiteto district recalls a time in her village where shared support and meetings by the local women were kept secret.

“Traditionally we didn’t have our own women’s meetings, without men. Our activities were collecting firewood and water together though which is how we got to know each other and first began to talk about our issues” she says.

“In the maasai culture, women are the ones who pray to god during hardship. During particularly hard times, the women of Ngabolo pray under a special sanctuary tree, or ‘Oreteti’ in maasai language.

“Because we only go to the tree during hard times, it became a natural place to talk to each other about our problems, and to try to help each other with solutions. The most common things we used to pray for and discuss were droughts and women who are failing to have children.

“Over time we increasingly came to just meet under the tree, and discuss our problems, help each other with financial contributions for healthcare or try to find solutions.”

Approximately three years ago, the local women of Ngabolo heard about an opportunity to formalise their group and receive support from community organisations. 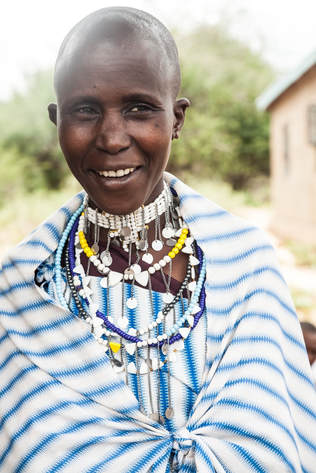 Nauto Hula, Chair of the Ngabolo WRLF
“Before UCRT came here, there were some other organisations that had helped women from nearby villages to form women’s groups. A few women from Ngabolo were invited to join these meetings, and they came back with the idea to form one of our own. We initially tried to establish it ourselves, but it was very difficult, and so it was only when UCRT came and supported us with training and resources that the WRLF was properly formed and became strong” Nauto says.

“UCRT firstly helped us to elect sub-village leaders who came together as the 24 women of the Ngabolo WRLF. Then amongst themselves we elected a Chair and Secretary.

“The first thing we learnt about was women’s rights. We received training on the legal rights of women to own land, property and livestock, as well as have rights to their children. Through the training we learnt that if a divorce happened, we women have rights to our share of property and our children. Before this, women who were divorced were left with nothing, not even allowed to have their children” Nauto recalls.

In just a short time however, the Ngabolo WRLF has grown in strength and is now a local force to be reckoned with.

“The WRLF here is now so strong that the men want to form their own forum to keep us with us! They are supportive of us, and can see everything that we are learning. Our men learn from us now, they borrow money from us and ask our advice. We are now the leaders in our village.

“The men here make requests of their wives, then the wives direct them to the WRLF” Nauto proudly confirms.

“The drought remains an issue for us and our investments. We have the money ready to purchase more livestock, but now is not the right time to expand because of the weather. Water is a big challenge for us. Since the drought has been so bad we now must pay 1,000 tsh per 20 litres of water, and it is very far from here.
​
“The WRLF has really impacted our daughters. We did not used to send girls to school, but now every single one of us has our daughters in school. There is gender equality among our children now.”